We Pay Top Dollar
For Your French Art Glass 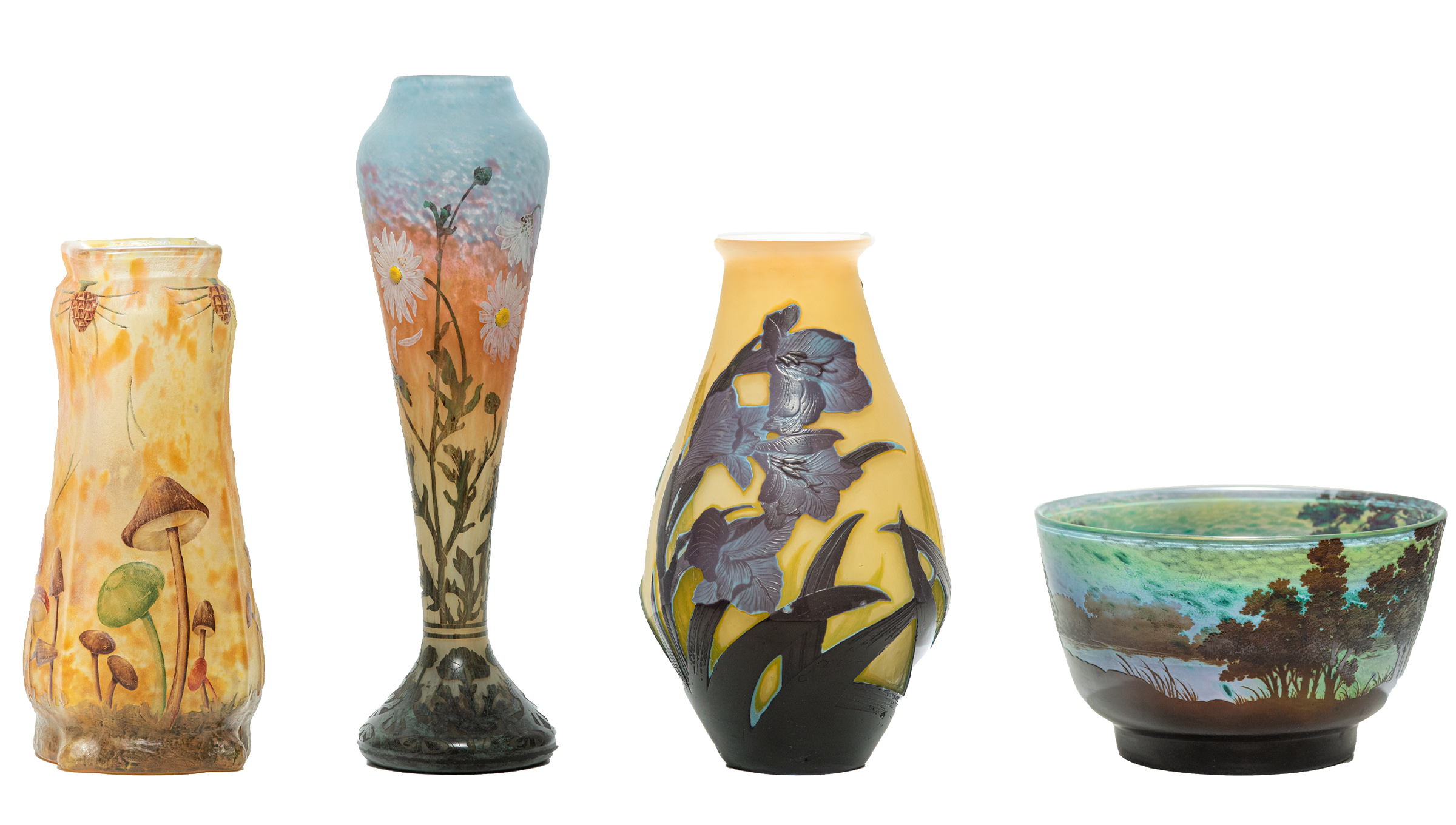 If you own a French glass collection and you’re looking for a Galle buyer or a Daum buyer, contact us today. No collection is too large for us. Although we are located in Manhattan, we will travel anywhere in the country to purchase the best pieces.

What We Are Looking To Purchase

For many aficionados of French art glass, the works of Émile Gallé and the Daum brothers are among the most sought after pieces of antique art. Heavily influenced by the Art Nouveau movement and the natural world, these accomplished glass artists went on to create numerous exquisite, delicate works that are still highly prized by glass collectors today. 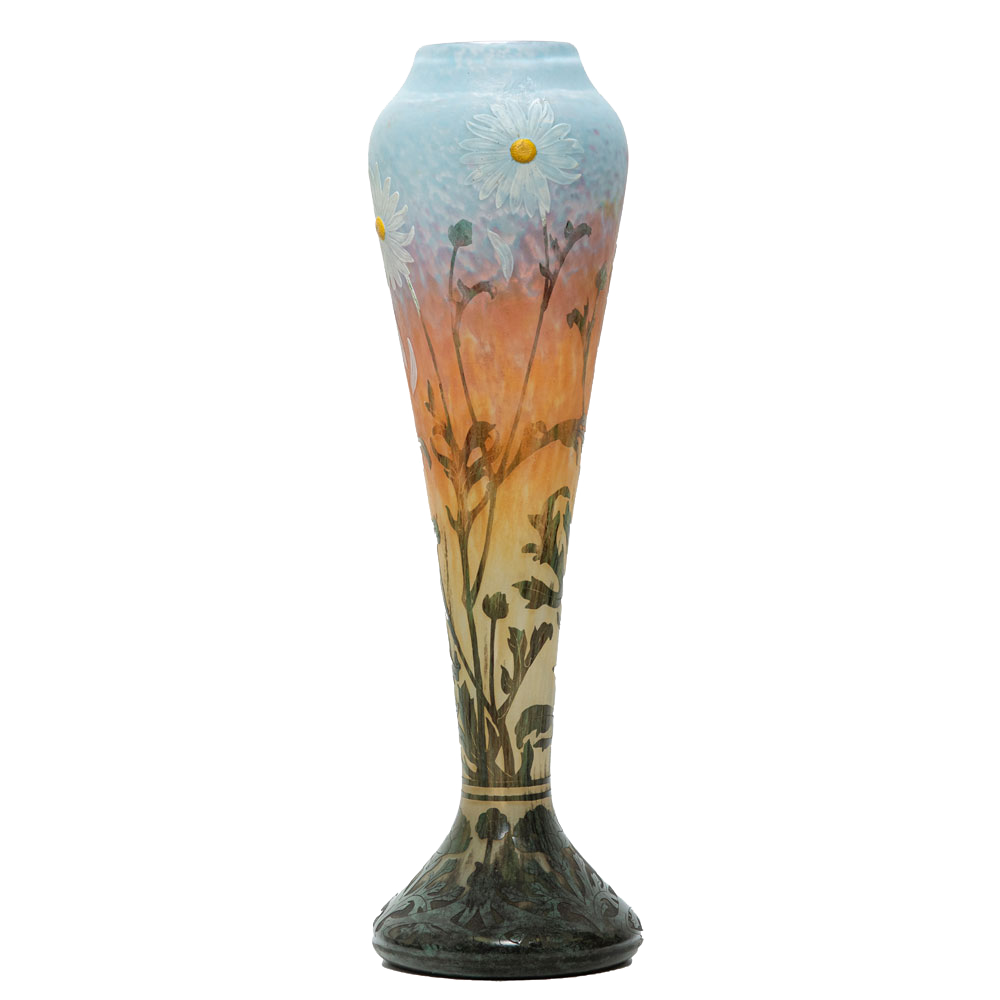 Émile Gallé was born on May 8th, 1846 in Nancy, France, the son of a furniture and faience manufacturer. Though he studied botany and drawing in his younger years, he later learned glassblowing. After first using predominantly clear glass with enamel decorations, he soon developed his own, original style — opaque, heavy glass that was etched or carved with plant themes. He would frequently use two or more colors to create cameo glass.

Some of his most pioneering artworks incorporated the use of air bubbles and metallic foils. He also used acid etching, wheel cutting and casing — or the use of multiple layers of glass.

In the late 19th century, Gallé established a factory in Nancy to mass produce his own works, as well as that of other artists. In 1901, he also co-founded the École de Nancy with Antonin Daum, amongst others.

Daum studio, located in Nancy, France, rose to prominence under the auspices of the brothers Auguste Daum (1853 – 1909) and Antonin Daum (1864 – 1931). Until the 1890s, the studio produced regular glassware and watch crystals. Then, influenced by Émile Gallé and the Art Nouveau movement, the brothers started experimenting with art glass. They first became internationally famous when they showed their work at the 1893 Chicago World Fair, and at the 1900 Universal Exhibition, they were awarded the “Grand Prix.”

Early Daum glass was predominantly cameo glass — meaning that several layers of glass were etched or carved, which created a motif in relief. Later, the studio also used acid to create extra shiny surfaces or alternatively, frosty ones. In 1906, Daum started using an ancient Egyptian method of casting glass called pâte verre, in which crushed glass is heated in a mold until it fuses, after which it’s finished with cameo glass techniques.

While Daum studio still produces French art glass today, it must be noted that the styles have changed along with the preferences of the times. However, when it comes to the Art Nouveau pieces of August and Antonin Daum, pieces can fetch significant amounts at auction. For instance, a “Snail” vase was sold for $47,500 at Christie’s in 2016, while a rare cameo glass lamp fetched $38,000 at a 2014 auction. 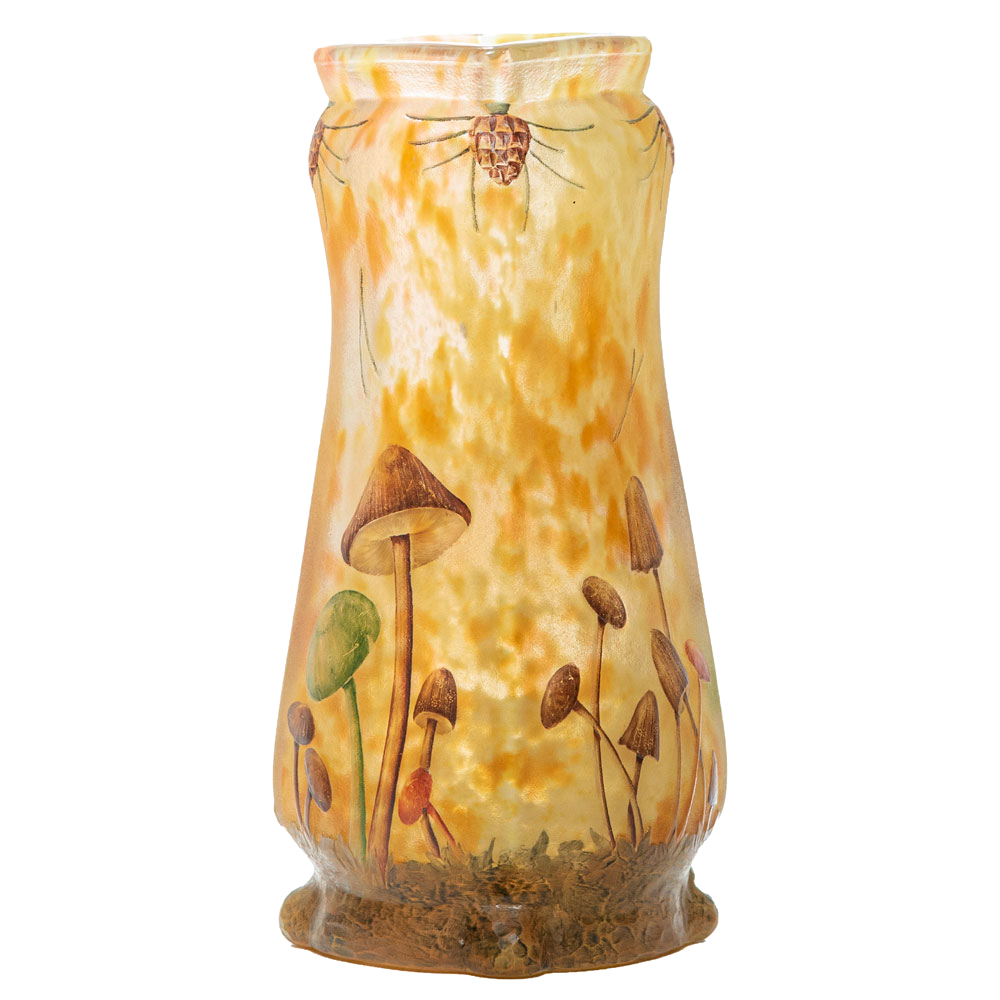 Contact Us Today To Sell Your Fench Art Glass

Call or Text Your Pictures Anytime! 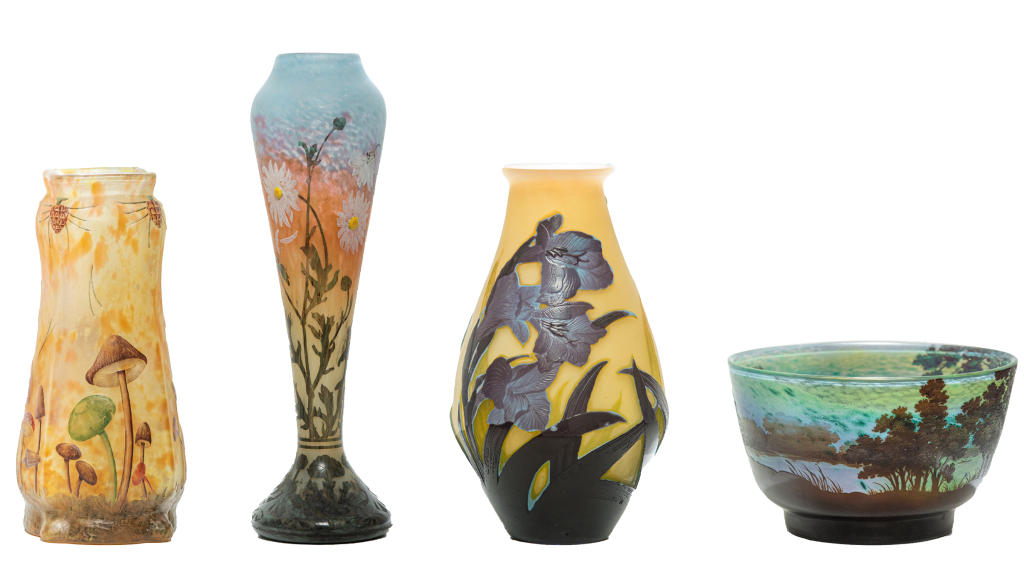